As a Singer-Songwriter-Lyricst, Teresa is a phenomenal female singer who composes both music and lyrics. Her vocal range covers five octaves, from alto to soprano.

Teresa loves so many genres, like her inspiration, Diane Warren. “I can feel different moods in different genres, and it is a very pleasurable experience to write songs in these various styles of music.”

A&R legend, Tim Sweeney of Los Angeles picked Teresa as one of 150 out of 3000 up-and-coming artist, 2 out of 3 times for his Music Strategies Seminars. Ms. Foxworthy has also taught voice & singing lessons to children and adults at the California Music Studios in San Diego County, California. Her singing education after college was with Edward Sayegh of San Francisco, NYC, and Los Angeles.

For the time being, Teresa is focused on two main, musical projects:

Stars for Ayla is a fusion of Pop, R&B, Dance, and EDM, with some World influences woven into the mix. The story for this is about pioneering in a new era, where the past offers no precedent for the present or future. But, together, we are making this a better world.

The Solace CD project is a benefit endeavor to soothe the souls who have endured too much in recent years. We have a few artists already committed to this compilation of New Age, Meditation, Chill, and Classical tracks.

As talent, writer, dancer, singer, actor, director, producer, editor, radio show host, model, assistant gallery director, artist rep, etc., Ms. Foxworthy been in show biz since she was four. She started piano then, then on TV at ages 7 & 9, then danced ballet, tap, toe, modern, African, and other ethnic styles. In France for part of her college years, she studied Indian dance with Savitri Nair,  translated film treatments, had a radio show, interpreting English & American lyrics for her French audience, as well as an African dance troupe in the Montpellier area where she also taught dance at a community center.  During her college years at Sonoma State & Dominican Universities in Northern California, she studied modern dance with Ann Woodhead, Theresa Dickenson, & Nancy Lyons;  expressive arts with Red Thomas, Balinese music, African Dance with Victoria Strowbridge, Indian vocals with Laxmi Tewari, & Songwriting, French, Wilderness Spirituality, and had another radio show, this time a meditation music show.

Songwriting for her began at an early age and she was delighted to be in a stable of lyricists & songwriters for Narada Michael Walden, a five-time Grammy-winning producer who showed her a bit about the top tier of the entertainment industry. She also produced a promo video for his Angel, Moon, & Stars song.  She has also taught Voice for California Music Studios in San Diego; and was invited as one 300 out of 1500 up-and-coming artists by A&R mogul, Tim Sweeney, to his Music Strategies Conferences on a couple occasions. She also coaches other performers & speakers with voice & stage presence, as well as navigating the entertainment industry in its rapidly changing landscape, including Comedy.  As a Coach she really zeroes in quickly on what a performer needs to refine their delivery.

In the Film/Video/TV arena, she has produced a variety of 30m – 2hr videos, self-help, entertainment, and documentary-style, including a “blendo layer” for Billy Idol’s Cyber tour with Brett Leonard [ Lawn Mower Man’s & Virtuosity] and the whole Bonus Tribe. Boy, what creative synergy! Pushing the edge of creative minds! Her GODDESS TV SHOW  Radiance thru Dance Meditation received amazing letters of appreciation from viewers who told her that she saved them from the dark shadows of their psyche, even saying that her show stopped them from committing suicide.  She is currently in development with a various tele- & screenplays.

Very entertaining for Teresa has also been participating in six Burning Man events: the first time she was asked to be lead dancer for the “Parade to the Burn” with Fantuzzi, other times she was in a film, Water Woman, another time, a Lounge singer, or a Goddess Healer, and other creative identities. She loves being an artist and wants the world to know, we must celebrate artists everywhere!

In the art world, she was assistant art director for the Mark Reuben Gallery on Union Street in SF for a few years and loved working with artists, orchestrating receptions, etc. 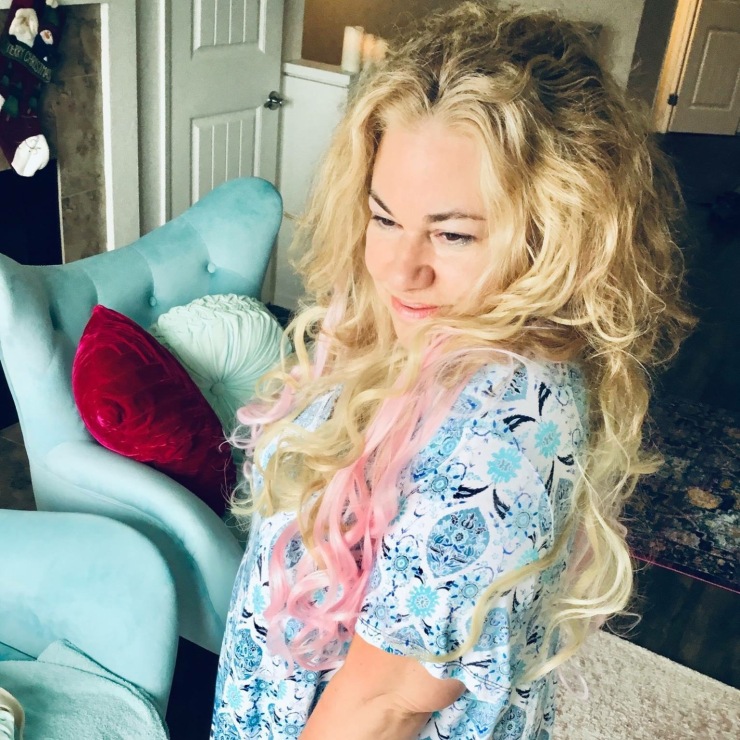 “Born in California, I was raised near Washington DC, an ever-present reminder of civic responsibilities and the importance of freedom, honor & integrity. I grew up with three brothers; my parents met in Japan, having come from different North American coasts. My mother’s family is pure Italian & my father’s family is English, Irish, & Scottish. At Catholic schools from K-12, I found Theology, French, Art, & Dance were my favorite subjects.

With a B.A. in Liberal & Expressive Arts from Sonoma State University, a landmark in the humanistic psychology movement, I have spent my career in the fields of hi-tech, healing, and creative arts. Learning first-hand the importance of wellness management, an entrepreneurial spirit, and authentic self-expression, I’ve created more than 200 Personal & Professional Development programs for Fortune 100 senior executives & others interested in Personal Transformation. I’ve spent many years studying what it means to be a happy, healthy, focused, prosperous, & awakened human being. My time living abroad in France & Switzerland has also been very instrumental in giving me a broader view of who I am on planet Earth.For years, I kept going back and forth between top tier music & film projects, techno shaman tribal events, corporate consulting gigs, and the bi-coastal art worlds of New York, San Francisco, & Los Angeles. After a work-related injury caused a major detour, I found the need to deepen my awareness of Life on every level, re-arrange my priorities, so this precipitated a whole new journey for me.In addition to my Personal Transformation programs, I also have over 100 books, 30 CDs, and 15 screenplays in various stages of completion. My content development seems prolific and I love the new opportunities to provide titles through a variety of platforms. With the advent of social media, my conceptual model is morphing to evolve with the new tools & it’s very exciting. Interactive media, ascension studies, performance art, inspiring others, music, & film all remain at the forefront of my creative vision. Writing seems to flow endlessly. You may read my book titles in my Notes here on FB.WAKING UP as a SPIRITUAL BEING is my forth-coming book about finding your spiritual path, cultivating your divine essence on that journey, & understanding what self-realization & nirvana mean in the 21st Century.”

“My life is pretty much an open book. Being transparent pushes one’s development like little else I’ve discovered.  My first spiritual awakening occurred before the age of five, so I’ve been tuned into that radio station for awhile now. Voted Class Artist in Kindergarten and Class Choreographer at my all girls High School, I fled the East Coast for college to discover the state of my birth, and stayed except for a few sojourns elsewhere.”

If you’d ike to discus music with Teresa, just fill out the form below…

This is one of my favorite spots in the whole wide world! Esplanade Charles de Gaulle in Montpelier France. I went to France to walk the footsteps of Mary Magdalene and study the texts of Nostradamus. I had a radio show and a dance troupe, but just walking down this Esplanade is one of the most electrifying memories I have. Go there and stroll with your beloved!
Mood: delight! Another day off after a month of very deep, intense work.
Be creative!
Breathtakingly beautiful…Life is! Let it be so for everyone!
Wishing everyone a beautiful day …I am giving thanks and feeling gratitude deep within my heart. The world is changing and we are changing. Our collective efforts to make this world a better place are working in unison with Divine Will.
It’s always in the eyes.
Legends
Just had my five year anniversary in this beautiful place! Wishing everyone of you deep inner peace and ecstatic joy. No matter what. The best is yet to come.
*
Manifesting flows from one breath to another, rising from deep within and expressing our hearts desires.
The stars aligned and heaven brought together all of the factors that have made it possible for me to bring my umbrella to the beach for the first time this summer. So grateful for this blessing. This has definitely been a working summer, not much playtime. But blessings abound. Feeling introspective but happy.
A quick study of the monarch butterfly.